Heather Cox Richardson is Professor of History at Boston College and the author of many books about American politics, most recently How the South Won the Civil War, which The Guardian described as “a broad sweep of American history on the theme of the struggle between democracy and oligarchy.”

Her daily newsletter, Letters from an American, has over a half million subscribers. A chronicle of today’s political landscape, it explores what it means, and what it has meant, to be an American. The Letters, published on Substack, are shared and quoted widely.

Wounded Knee: Party Politics and the Road to an American Massacre was published in 2010, also by Basic Books and West from Appomattox: The Reconstruction of America After the Civil War was published in 2007 by Yale University Press. Earlier books include The Greatest Nation of the Earth: Republican Economic Policies During the Civil War and The Death of Reconstruction: Race, Labor, and Politics in the Post-Civil War North, 1865-1901.

Heather is the co-host, with Joanne Freeman, of the podcast Now and Then, on the Vox Media Network.  She was, previously the co-host of Freak Out and Carry On, a politics and history podcast on WBUR. She writes widely for popular publications and her work has appeared in The Guardian, the Washington Post, the New York Times, the Chicago Tribune, Quartz and Salon.com. 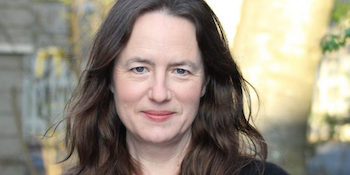