A History of the Republican Party

When Abraham Lincoln helped create the Republican Party on the eve of the Civil War, his goal was to promote economic opportunity for all Americans, not just the slaveholding Southern planters who steered national politics. Yet while visionary Republicans like Teddy Roosevelt and Dwight Eisenhower shared Lincoln’s egalitarian dream, their attempts to use government to guard against the concentration of wealth have repeatedly been undone by the country’s moneyed interests and members of their own party. Ronald Reagan’s embrace of big business—and the ensuing financial crisis—is the latest example of this calamitous cycle, but it is by no means the first.

In To Make Men Free, celebrated historian Heather Cox Richardson traces the shifting ideology of the Grand Old Party from the antebellum era to the Great Recession, showing how Republicans’ ideological vacillations have had terrible repercussions for minorities, the middle class, and America at large. Expansive and authoritative, To Make Men Free explains how a relatively young party became America’s greatest political hope—and, time and time again, its greatest disappointment. 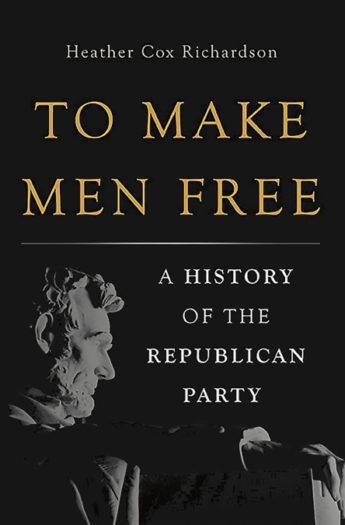