Americans know much about the British empire that spanned the Atlantic, but few realize that as early as the 1500s, a French web of influence extended across the Atlantic, moving people, products, disease, technologies, and ideas between and among the Americas, Europe, and Africa. By the middle of the 18 th century, France claimed nearly one third of North America, ran the Caribbean’s most profitable plantations, and was deeply involved in the trans-Atlantic slave trade.

As significant as it is fascinating, this story is largely unfamiliar – attention is focused instead on the British and, to a lesser extent, Spanish empires. The French Atlantic Empire has, for all practical purposes, been defined out of existence – so much so that nearly everyone has accepted Napoleon’s assertion that his was the “first French empire.”

Historians Brett Rushforth and Christopher Hodson have set out to recover this lost but vitally important chapter in the history of European expansion in Discovering Empire: France and the Atlantic World from the Era of the Crusades to the Age of Revolutions. The story of France’s early modern empire from its beginnings in the medieval era to its decline and transformation under Napoleon, the book tells an original, and engaging, story of how the peoples of France, Africa, and the Americas together formed a new imperial world.

Their insights are by no means confined to the distant past. France’s expansion in the first era of globalization has echoes that apply to the empires of our own time. The narrative comes to an end two centuries ago, but its lessons are very modern. 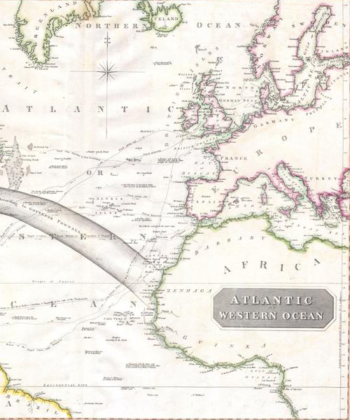