Maria Kefalas is Associate Professor of Sociology at St. Joseph’s University and a Faculty Fellow at the Institute for Violence Research and Prevention. She earned her MA and Ph.D. in Sociology from the University of Chicago and completed a Post-Doctoral Fellowship at the University of Pennsylvania. Her research interests include qualitative methods/ethnography, urban and community studies, motherhood, class, and the sociology of culture.

She also serves as Principal Investigator with ethnographer/criminologist Patrick Carr on the Heartland Study, which is funded through the MacArthur Foundationâs Transitions to Adulthood Network. Their book, Hollowing Out the Middle was published by Beacon Press. The Nation called it, “A powerful work of sociology and reportage.”

With Kathryn Edin, Maria is the author of Promises I Can Keep, which explores views on marriage and motherhood among 150 low-income African American, Puerto Rican, and White single mothers in Camden, New Jersey and Philadelphia. Published by the University of California Press, the book has been widely praised and was the recipient of the William J. Goode Best Book Award from the American Sociological Association. Maria’s first book, Working-Class Heroes: Protecting Home, Community, and Nation in a Chicago Neighborhood examines the significance of place on the level of home, community, and nation in a working- and lower-middle-class white Chicago neighborhood.

Maria is also a founder of the Calliope Joy Foundation, established to raise funds to help children with leukodystrophy. Its work led to the opening of the nation’s first Leukodystrophy Center of Excellence at The Children’s Hospital of Philadelphia. 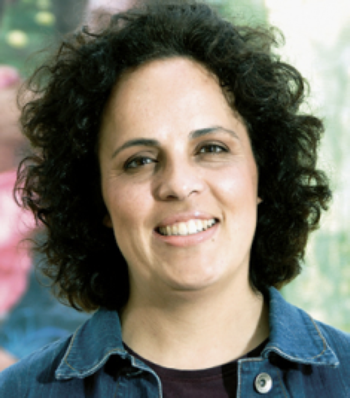