Edward Struzik is an award-winning writer and the author of Firestorm: How Wildfire Will Shape Our Future.  Published by Island Press, the book was hailed as “an essential and crackling good read on the new reality of megafires” by The Tyee.  His previous book, Future Arctic, was also published by Island Press.   Writing in the New Scientist, Alun Anderson said, “Future Arctic should be the book that introduces [Struzik] to the rest of the world because his unique voice needs to be heard.”

Since publication of Firestorm, Ed has spoken about wildfire widely, addressing the Luskin School of Policy Studies at UCLA, the Yukon town of Whitehorse, the Sunshine Coast Book Festival, and the US Forest Service firefighters meeting in Portland, Maine. The book won the 2018 National Science Book Prize sponsored annually by the Science Writers and Communicators of Canada. It is the second time that one of Ed’s books has received this honor.

He also is the eight-time winner of the Canadian Science Writers Association Science in Society Journalism Award, and the winner of the Atkinson Fellowship in Public Policy, North America’s biggest prize in journalism. His series of articles, “The Big Thaw,” about how life is changing in the Arctic, was chosen as one of four finalists for the prestigious Grantham Prize.

A long time writer for the Edmonton Journal, in 2009, Ed was invited to be a fellow in the Institute for Energy and Environmental Policy Studies at the School of Policy Studies at Queen’s University in Canada. He is frequently called upon to write and speak about the Arctic and has delivered keynote addresses and presentations to international conferences and forums on Arctic issues. He also sits on the Arctic Advisory Council for the World Wildlife Fund. 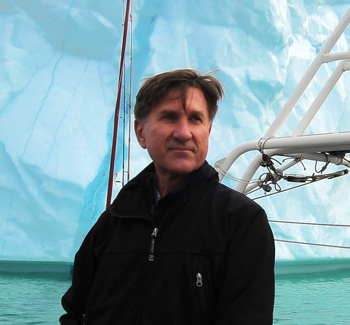