Field Notes From a World On the Edge

The Arctic, the last great wilderness, has been simultaneously as isolated and remote a place as most of us can imagine—its marine and terrestrial environments separated from the rest of the world by barriers of ice—and more connected to our own lives than we have ever dreamed. The effects of the changes we are seeing today will once again bring to the forefront how much influence this seemingly remote area has upon places that we humans have found much more habitable.

With sea ice melting, glaciers receding and Arctic storms picking up steam, there will be no way to ignore how important the Arctic is to the rest of us. Great migrations of birds and whales could be stalled and the hybridization that we see occurring between grizzly bears and polar bears, narwhal and beluga, Arctic fox and Red fox and as many as twenty other Arctic species will accelerate. Diseases that are less tolerant of cold conditions will continue migrating north and infecting species that have no immunity to them.

Ed Struzik, a science journalist who has written on Arctic issues for over 25 years, has travelled from one end of the circumpolar Arctic to the other. In Future Arctic Field Notes From a World On the Edge he calls attention to how little we understand about the region and its vast changeability by weaving together a narrative of his own travels with the science and policy work being done by experts across the globe. In this compelling and important book, he makes an urgent argument for the need to shape the future carefully.

A unique picture of where the sensitive region has been and where it might be headed.
— The Scientist

“Provocative…detailed, impeccably reported exploration of how man-made climate change is already reshaping the Arctic…The Arctic’s future isn’t bright, says Struzik, but it is adaptable, if we’re smart. In any case, it is inevitable, and Future Arctic is a must-read for lovers of the far north and climate change realists.
— Outside Magazine 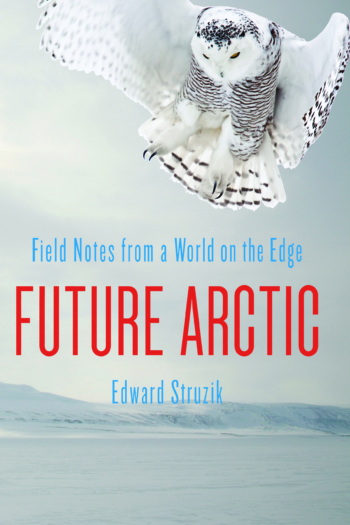