The Long Emancipation of Priscilla Joyner

At the close of the Civil War, 4.5 million emancipated slaves faced a promising yet dangerous new world. Where would they go? How would they make a living? Who could they trust? For one young girl, the answers to those questions led her away from the only home she had known and the only person who had ever loved her. In her new book, To Walk About in Freedom: The Long Emancipation of Priscilla Joyner, Carole Emberton traces that girl’s physical and emotional journey from slavery to freedom.

By typical historical standards, Priscilla Joyner was a nobody. Barely literate, the mother of thirteen children, she did what most poor black women did in the Jim Crow South: she got by. Yet her life story, dictated to a worker for the Federal Writers’ Project in the 1930s, opens a new window onto the lives of the charter generation of ex-slaves who came of age during the Civil War and Reconstruction. Priscilla Joyner experienced slavery’s destruction first hand and carried the joys and pain of emancipation with her for the rest of her life.

To Walk About in Freedom is Priscilla’s story — a sobering tale about the legacies of interracial sex, exploitation, and family conflict that long outlived the institution of slavery itself. But by exploring the legacies of Reconstruction, it is a story that will challenge readers to think anew about the consequences of failing to reckon with the afterlife of slavery and civil war.

Praise for To Walk About in Freedom 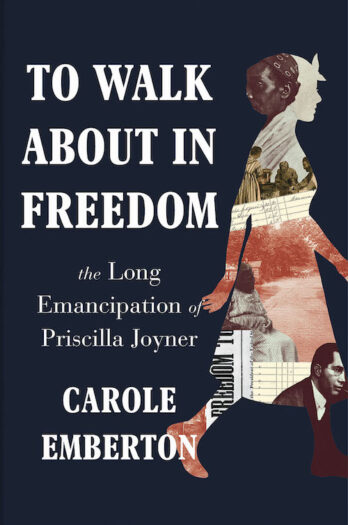