Liberty And Empire In North America

Americans often think of their nation’s history as a movement toward ever-greater democracy, equality, and freedom. Wars in this story are understood both as necessary to defend those values and as exceptions to the rule of peaceful progress. In The Dominion of War, historians Fred Anderson and Andrew Cayton boldly reinterpret the development of the United States, arguing instead that war has played a leading role in shaping North America from the sixteenth century to the present.

Anderson and Cayton bring their sweeping narrative to life by structuring it around the lives of eight men—Samuel de Champlain, William Penn, George Washington, Andrew Jackson, Antonio Lopez de Santa Anna, Ulysses S. Grant, Douglas MacArthur, and Colin Powell. The result is a provocative, highly readable account of the ways in which republic and empire have coexisted in American history as two faces of the same coin. The Dominion of War recasts familiar triumphs as tragedies, proposes an unconventional set of turning points, and depicts imperialism and republicanism as inseparable influences in a pattern of development in which war and freedom have long been intertwined. It offers a new perspective on America’s attempts to define its role in the world at the dawn of the twenty-first century.

Praise for The Dominion Of War

A vivid retelling of the neglected aspects of the American Story.
—The Wall Street Journal

The very best histories not only elucidate the past but illuminate the present. Far and away the most important contribution to U.S. military history to appear since this nation emerged as the world’s sole superpower, The Dominion of War meets and easily surpasses that demanding standard…. A magnificent accomplishment.
— Andrew Bacevitch, The Washington Post 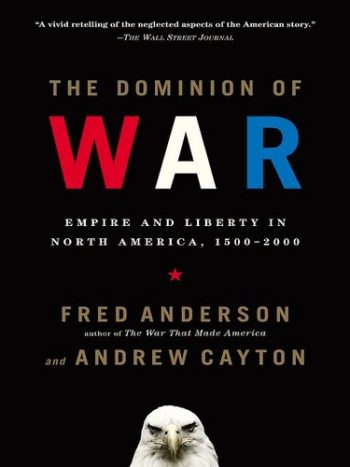