On the night of March 5, 1770 five men were shot to death in Boston by British soldiers. Well known to schoolchildren and readers of American history, the Boston Massacre would be memorably captured in Paul Revere’s famous print, “The Bloody Massacre perpetrated in King Street.” That rendering, while long on propaganda and short on accuracy, has formed much of what we know about that event.

Revere’s engraving, and the conventional account of the Boston Massacre as a story of guns, politics, and men, obscures what was really taking place on the ground in Boston. By putting families, friendships, commerce, and community back in the picture, The Boston Massacre: A Family History offers a provocative look at the era and at the events that would lead to the American Revolution.

When hundreds of Britons arrived in Boston during the years between the Stamp Act and the Boston Tea Party, many of them were women and children. The British troops were integrated into the life of the then-small town, and as colonists and the military were brought together, their lives overlapped and intersected, willingly or not. Families were created and children were born, rendering the impact of the Massacre much more personal than political.

This deeply human perspective casts a different light on the rupture that was the American Revolution and The Boston Massacre allows us to reconsider events that we think we know well. By retelling the conflict as a clash of neighbors, it uncovers a world that has been largely hidden, and enriches and deepens our understanding of the very origins of the country.

A lively gem of a book that expands our view of early-modern military life, pre-revolutionary Boston, and, in turn, the American Revolution.
—Washington Post

Praise for The Boston Massacre

A well-written, thoroughly interesting addition to the social history of the American Colonies.
—Kirkus

Zabin’s engaging history adds nuance and complexity to the political and social aspects of the American Revolution.
—Booklist

Zabin has … compiled a compelling history of the Boston Massacre, weaving personal stories together to present a comprehensive view of this turning point incident.
—Library Journal

A lively gem of a book that expands our view of early-modern military life, pre-revolutionary Boston, and, in turn, the American Revolution.
—Washington Post 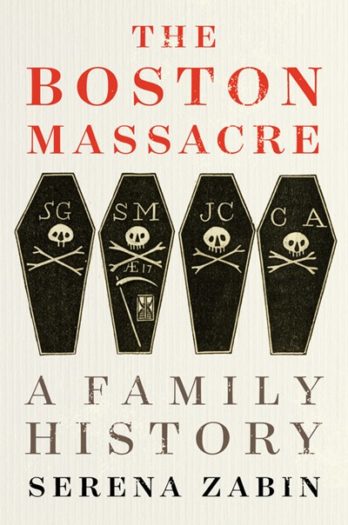