The Prince, the Widow, and the Cure that Shocked Washington City

In the spring of 1824 in the young capital city of Washington D.C., Ann Mattingly, the sister of the city’s mayor, was miraculously cured of cancer, purportedly through the intervention of a charismatic German cleric. Her miraculous healing shook the American Catholic Church just as it was attempting to establish itself on respectable footing in the largely Protestant culture. Belief became a political act: those who believed in the miracles pointed to them as manifestations of the truth of Catholic doctrine; skeptical Protestants regarded them as further evidence that the Church of Rome’s deceptions might undermine the strength of the new nation.

Nearly forgotten today, the Mattingly miracle was a significant episode in the history of the American Catholic Church, and offers an opportunity for a broader examination of the key role of religion in American culture. Mrs.Mattingly’s Miracle captures a moment in which Americans were forced to confront tensions over politics, ethnicity, class and gender that were central to the young nation’s identity and which continue to define public debate today.

… a gripping slice of history with fresh, often unsettling resonances for the modern reader.
— The Washington Post

Schultz is at her best when she is blending the theological nuances of early-19th-century American Catholicism into her finely etched portrait of the society in which Ann Mattingly lived.
— Fergus M. Bordewich, The Wall Street Journal 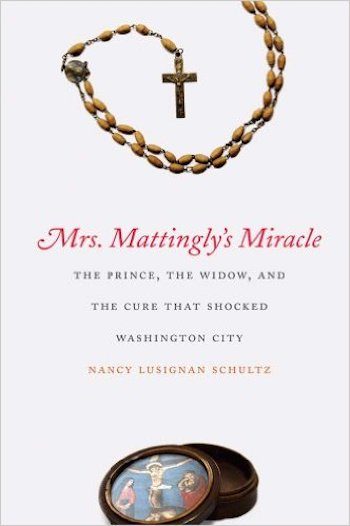