Left at the Altar is a call for the Democrats to accept a helping hand from Catholics in order to reclaim their rightful place in American politics. While Democrats are tagged with not knowing what they believe, Catholics are distinguished among the voting public for knowing exactly what they believe. It is time that the Donkey meets the Dogma.

By taking one step back, into their own history, Democrats can take two steps forward and start winning future elections. By examining the ideas that created the Catholic-Democratic alliance in the early part of the twentieth century, Democrats can find a political philosophy that is capable of uniting the party once again.

Praise for Left at the Altar

Winters offers cogent and practical advice for how Democrats can begin to extend an olive branch to Catholics…The author holds an impressive knowledge of both Catholicism and politics, which he presents with crisp and fluid writing throughout. This work is an important prescription to combat election year spin-doctoring.
— Publishers Weekly Religion Book Line, Starred Review

As Catholics go, so goes America. So if you want to know where America will be going, read this book.
— Alan Wolfe, Professor of Political Science, Boston College and author of The Transformation of American Religion 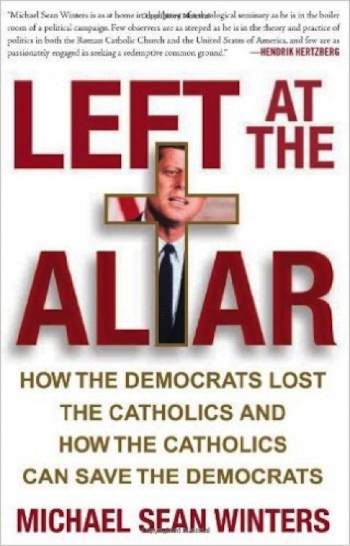