Race, Punishment, and the Afterlife of Mass Incarceration

Every year, 650,000 Americans, most of them black, are released from prison. Upon returning home, they find that their lives are constrained in hundreds of ways, by laws and regulations that determine what they can and can’t do and who they can and can’t live with or communicate with. Their ability to earn a living, rent a home, and reunite with loved ones continues to be determined by the system that incarcerated them. They may be out of prison, their lives are no less supervised.

In Halfway Home: Race, Punishment, and the Afterlife of Mass Incarceration, Reuben Jonathan Miller looks at an aspect of the crisis in criminal justice that hasn’t gotten enough attention. As he makes clear, it is essential that we recognize the scope of this social shift and its implications.

As a chaplain at the Cook County Jail in Chicago and then as a sociologist studying mass incarceration, Reuben spent years embedded with prisoners, ex-prisoners, and their families and friends. Halfway Home captures their stories, focusing in particular on seven men and four women as they try to make their way in a new world. It immerses readers in the supervised society, offering an intimate examination that might serve as the starting point for meaningful change.

Halfway Home is a poignant and alarming call to understand what the afterlife of punishment looks like. We have excluded thousands from the rights of citizenship, and the costs have been enormous, changing black life in America and altering the ways that Americans relate to one another.

In Halfway Home, Miller wants us to understand incarceration’s “afterlife”. The book is the culmination of Miller’s research in Chicago and Detroit… it’s also deeply informed by his own personal experiences with the carceral system…Hearts and minds, in this sense, have little to do with people’s feelings. Miller, with this powerful book, implores us to try.
―Jennifer Szalai, The New York Times

Miller writes about criminal justice with the expertise of a legal scholar, but his life experiences and training as a social worker endow his analysis with a vividness and empathy that elude some other critiques of mass incarceration. And he tells stories with a plaintive lyricism that reminded me that Black folks in Chicago were primary creators of the American musical tradition known as the blues.
― Paul Butler, The Washington Post

Impressive…Miller writes in prose that is at once powerful and engaging…This seminal work tracks the path of how we got here.
– NPR

Through vivid stories and evidence of this afterlife…Miller describes “a new kind of prison”…in heartbreaking prose.
– National Book Review

For incarcerated persons in the United States, release does not equal freedom. Miller’s first book is an important, harrowing ethnographic study that reads like a keenly observed memoir, which, in part, it is. His own father and brothers having been imprisoned, Miller, a chaplain at the Cook County Jail in Chicago, is candidly close to his research on mass incarceration and its after effects. This is essential reading for all who care about justice in contemporary America.
– Library Journal, starred review

Striking a unique balance between memoir and sociological treatise, this bracing account makes clear just how high the deck is stacked against the formerly incarcerated.
– Publishers Weekly, starred review 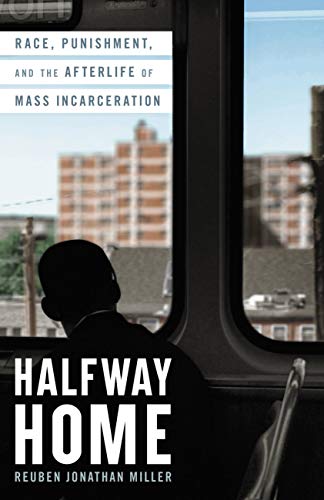