Reuben Miller is an Assistant Professor at the University of Chicago in the School of Social Service Administration. His work focuses on the lives of prisoners and former prisoners, and he writes about race and how carceral expansion has transformed the urban landscape. Before coming to Chicago, he was an Assistant Professor of Social Work at the University of Michigan, a faculty affiliate with the Populations Studies Center, the Program for Research on Black Americans, and in the Department of Afro-American and African Studies.

In 2016, Reuben was selected as a Member of the Institute for Advanced Study (IAS) in Princeton, NJ, one of the world’s leading centers for theoretical inquiry and curiosity driven research. He is an editor of The Routledge Handbook on Poverty in the United States, and has  guest edited two special editions of peer-reviewed journals, one on poverty and incarceration and the other on the state of black boys and men in the post-Ferguson moment.

He has been fortunate to receive a number of awards to support his work, including fellowships from the Yale Urban Ethnography Project, the University of Michigan’s Program for Research on Black Americans, and the Racial Democracy Crime and Justice Network at Rutgers University. The McCormick Foundation, the American Society of Criminology, the National Institutes of Health, the Department of Housing and Urban Development, and the Antipode Foundation have funded his research. He provides commentary for national and international newspapers, magazines, and radio broadcasts, including The New Yorker, Wired, NPR, and the Huffington Post. 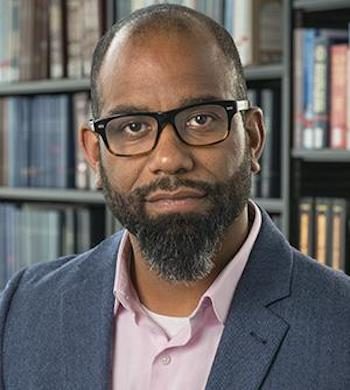