It is tempting to see the relationship between the evolution of military technology and the evolution of the art of war as a steady, constant, progressive one. New weapons emerge, the inevitable products of human ingenuity, curiosity, and thirst for material gain; warfare, consequently, must adapt itself, with new approaches to tactics and strategy. An advance in technology triggers a corresponding advance in the conduct of war, and to fail to adapt to innovations in weaponry more often than not spells disaster. Tempting, yes, but also simplistic and mostly wrong. The historical reality is that this relationship, between the art and science of war and the tools of war, is much more complex than that.

Firepower: How Weapons Shaped Warfare explores those complexities. While new weapons do indeed prompt corresponding changes – in fact, sometimes changes of such a magnitude that they truly deserve to be called “revolutionary” – the response of military science to military technology is often exaggerated or muted by external factors. Revolutionary new weapons have frequently proved to be unimportant in the history of the art of war, and just as often the technologies with the greatest impact on warfare – like, for example, the railroad – are not actually weapons.

But Firepower isn’t just about weapons and tactics. Technological change has had broad impact on the institutions of life in the Western world. Few things in modern history have come with so large a price tag as the tools of war. The expense of developing, building, and maintaining war materiel can place unbearable stresses on states and societies. The costs of armament can – and have – triggered political revolution, social malaise, and economic distress; even the rise of the “modern” nation-state, rooted in the tumultuous two centuries following the Protestant Reformation, can be traced to Europe’s first great arms race. The emergence of recognizably modern weapons systems has also left its mark on the shifting international fortunes of the Western nations, what we frequently call the “balance of power.” It was a revolution in military technology that allowed the European states to surge ahead of their competitors in the non-European world in the great scramble for empire in the nineteenth century. And that same revolution, by making the newest military technology inaccessible to smaller states with more modest budgets, that gave a nearly exclusive monopoly over the use of organized violence to the very largest of the Western powers in the twentieth.

Firepower is as much a history of the art and science of war, of the people who fight wars, and of the political and social nature of international conflict, as it is of the weapons of war. 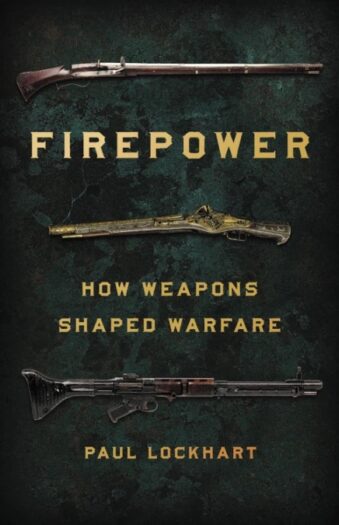