The Burning of the Charlestown Convent, 1834

In the midst of a deadly heat wave during the summer of 1834, a woman clawed her way over the wall of a Roman Catholic convent near Boston, Massachusetts and escaped to the home of a neighbor, pleading for protection. When the Bishop, Benedict Fenwick, persuaded her to return, rumors began swirling through the Yankee community and in the press that she was being held at the convent against her will, and had even been murdered. The imagined fate of the “Mysterious Lady,” as she became popularly known, ultimately led to the destruction of the Ursuline Convent in Charlestown, Massachusetts on the night of August 11, 1834 by a mob of Protestant men.

In  Fire & Roses, Nancy Schultz brings alive this forgotten moment, shedding light on one of the darkest incidents of religious persecution to be recorded in the New World. It was a time when independent, educated women were feared as much as immigrants and Catholics, and anti-Papist diatribes were the stuff of bestsellers and standing-room-only lectures. This glimpse into nineteenth-century Boston and into an elite boarding school for young women, vividly dissects the period’s roiling tensions over class, gender, religion, ethnicity, and education.

Schultz is to be commended for her riveting historical study, which is plotted like a novel, with tight pacing and fully realized characters.
—Publishers Weekly

…a gripping story of prejudice and pride, courage and cowardice in early nineteenth-century America that not only restores a clouded chapter in the country’s history but also has a poignant resonance for our own times.
— M.A. Turner, The Hartford Courant

This gripping narrative retraces the convergent emotional, cultural, and social forces that impelled a group of otherwise ordinary citizens to participate in an unthinkable act of violence and religious persecution. . . Utilizing court documents, letters, diaries, and newspaper articles, Schultz does a remarkable job of piecing together the startling circumstances surrounding this devastating tragedy.
—Booklist 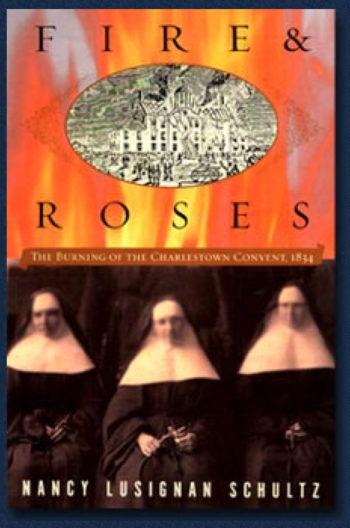