While the American South had grown to expect a yellow fever breakout almost annually in the 1800s, the 1878 epidemic was without question the worst ever. Moving up the Mississippi in the late summer, in the span of just a few months the fever killed more than 18,000 people. The city of Memphis was particularly unprepared and hard hit, of the approximately 20,000 who didn’t flee the city, 17,000 contracted the fever and more than 5,000 of its citizens died.

Fever Season isn’t the typical tale of an epidemic. It is a far more interesting story of how a catastrophe reversed a society’s expectations of its people, showing the designated good and brave as neither. As reporters wired stories of the horrors of the epidemic to an appalled world, Memphis’s street-corner discussions became part of the national conversation. The behavior of many raised uncomfortable questions at the time, as it still does in reading about it now. What kind of moral order produced ministers who deserted their congregations in their hour of need, while prostitutes and gamblers risked their lives to nurse the sick? When fathers ran away, leaving their families to die, what did that say about the accepted notions of manhood?

For a brief time, the crisis in Memphis required that the normal social order of 19th century America be suspended. The greater story of 1878 is what happened to lead the survivors in Memphis to question the conventional verities about gender, race, and more existentially, good, evil, the nature of duty and of faith.

Expertly researched, using the accounts and diaries of those who chose to stay and those who were left behind, Fever Season unfolds the events of that summer and fall. In it we meet people of great courage and compassion, many of whom died for having those virtues. It also tells the story of how a disease can shape the future of a city, as yellow fever did to Memphis.

… fascinating — and potentially instructive — to today’s reader.
— The Boston Globe 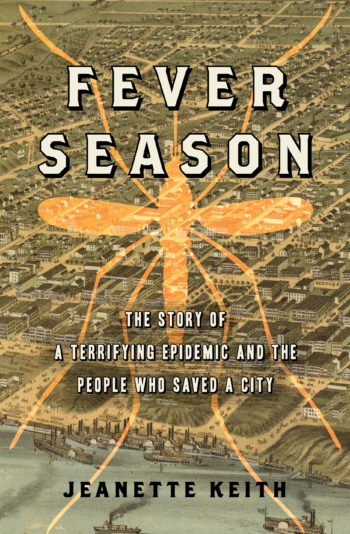