A Frontier Love Story of Rachel and Andrew Jackson

The story of the marriage of Rachel and Andrew Jackson has come down to us as one of the most romantic love stories in American history. But aside from treatment in a chapter of the many biographies of Andrew – Rachel’s story has been barely told. (at least not since Irving Stone’s The President’s Lady!)

Although she never made it to the White House, Rachel Jackson was the source of as much controversy as any first lady in history. Even Andrew Jackson’s most fervent critics admire him for his devotion to her and his defense of her reputation, which was sullied by the breakup of her first marriage and the timing of her elopement with Jackson.

Patricia Brady is the author of Martha Washington: An American Life, which Publisher’s Weekly called “a splendid biography offers a compelling new portrait of this passionate, committed founding mother…” In this new book, she introduces us to yet another fascinating American woman, who committed herself to the building of the nation, while maintaining her individuality and her independence.

Praise for A Being So Gentle

A fast-paced political drama combined with a controversial love story that was shocking in its day.  A Being So Gentle is, frankly, irresistable.
— John Berendt, author of Midnight in the Garden of Good and Evil 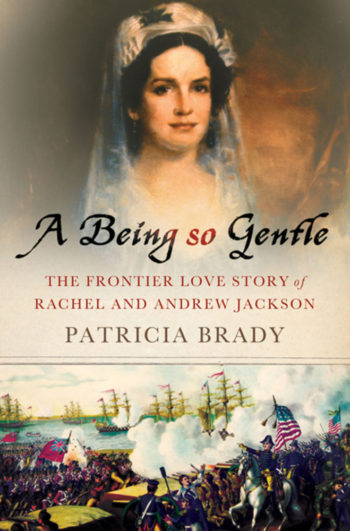