He is the author of two books. Shifting the Color Line: Race and the American Welfare State won the President’s Book Award of the Social Science History Association, the Thomas J. Wilson Prize of Harvard University, and Columbia University’s Lionel Trilling Award. Shaping Race Policy: The United States in Comparative Perspective won the Best Book Prize of the Race, Ethnicity, and Politics Section of the American Political Science Association (APSA).

Professor Lieberman is also the co-editor of Democratization in America: A Comparative-Historical Analysis, Beyond Discrimination: Racial Inequality in a Post-Racist Era, and The Oxford Handbook of American Political Development He is the author of numerous articles in scholarly journals as well as in Foreign Affairs.

He has served as provost of the Johns Hopkins University and as dean of Columbia University’s School of International and Public Affairs. 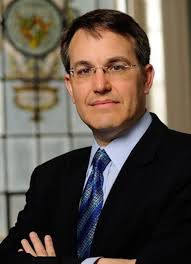