Patrick Carr is the Program Director of the Program in Criminal Justice, and Associate Professor of Sociology at Rutgers University. He is also an Associate Member of the MacArthur Foundationâs Research Network on the Transitions to Adulthood and Public Policy. He earned his Ph.D. in Sociology from the University of Chicago and his research interests include communities and crime, informal social control, youth violence, and transitions to adulthood.

He is the author, with Maria J. Kefalas, of Hollowing Out the Middle: The Rural Brain Drain and What it Means for America published by Beacon Press and Clean Streets: Controlling Crime, Maintaining Order and Building Community Activism published by NYU Press). He has published in the American Journal of Sociology, Criminology, Sociological Forum and The Annals of the American Academy of Political and Social Science, and other peer review outlets. He co-edited Coming of Age in America: the Transition to Adulthood in the Twenty-First Century, which was published by the University of Chicago Press.

Pat’s work has been featured in the Wall Street Journal, Newsweek, and on NPR and he has published opinion editorials in The Root, The Huffington Post and The Atlantic (online). He has delivered keynote addresses on rural brain drain and redevelopment all over the American Heartland, and he is frequently asked to speak to international audiences about police-community co-production of order. 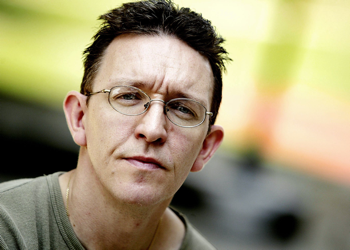