Marjoleine Kars is an associate professor at the University of Maryland, Baltimore County (UMBC). As an Atlanticist who hails from the Netherlands, she brings a distinctive set of skills to this study. Fluency in her native Dutch is an obvious prerequisite. But beyond this, she is a specialist in the history of rebellion and dissent. Her first book, Breaking Loose Together: The Regulator Rebellion in Pre-Revolutionary North Carolina, was published by the University of North Carolina Press.

More recently, her article in American Historical Review on the slave revolt in Berbice won multiple awards, including the Forum on European Expansion and Global Interaction’s 2016-2017 Biennial Article Prize; the Coordinating Council for Women in History’s 2017 Carol Gold Best Article Award; the Latin American and Caribbean Section of the Southern Historical Association’s 2017 Kimberly Hanger prize (for the best article appearing in the fields of Latin American, Caribbean, American Borderlands and Frontiers, or Atlantic World history) and The Conference on Latin American History’s 2017 Vanderwood Prize. The Huntington Library has awarded her a fellowship to work on her book on the same subject.

Marjoleine has appeared on the Diane Rehm Show to discuss American slavery and has lectured widely about the Berbice rebellion, Her work has received grants from the National Endowment of the Humanities (in 1998 and 2005), the John Carter Brown Library, the American Philosophical Society, and the Woodrow Wilson Fellowship Association, among others. She spent fall 2016 as a Senior Fernand Braudel Fellow at the European University Institute in Florence, Italy. 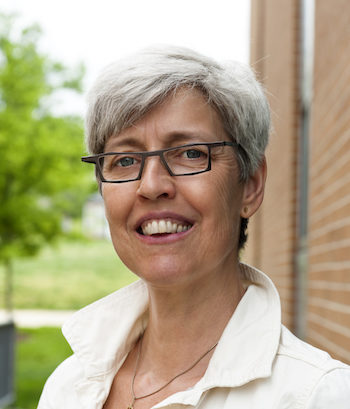 Blood on the River