Joshua D. Rothman is Professor of History and Chair of the Department of History at the University of Alabama, where he has taught since receiving his Ph.D. at the University of Virginia in 2000 and where he served as Director of the Frances S. Summersell Center for the Study of the South from 2010-2016. A native of Staten Island, New York, he is the author of numerous scholarly articles, book reviews, and review essays, as well as of two previous prizewinning books.

His first book, Notorious in the Neighborhood: Sex and Families across the Color Line in Virginia, 1787-1861, was published by the University of North Carolina Press in 2003. It won the 2004 Outstanding Book Award from the Organization for the Study of Communication, Language, and Gender. His second book, Flush Times and Fever Dreams: A Story of Capitalism and Slavery in the Age of Jackson, was published by the University of Georgia Press in 2012. It won both the Michael V.R. Thomason Book Award from the Gulf South Historical Association for the best book on the history of the Gulf South and the Frank L. and Harriet C. Owsley Award from the Southern Historical Association for the best book in southern history.

Josh is also the co-editor, with Heather Cox Richardson, of the online magazine We’re History (werehistory.org), and he has written for numerous online venues including The Hollywood Reporter, Public Seminar, BloombergView, Aeon Magazine, The Atlantic and the Disunion blog of the New York Times. 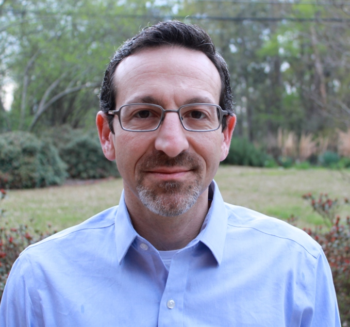 The Ledger & the Chain