Fred C. Adams is professor of physics at the University of Michigan. He works in the general area of theoretical astrophysics with a focus on the study of star formation and cosmology. He is internationally recognized for his work on the radiative signature of the star formation process, the dynamics of circumstellar disks, and the physics of molecular clouds. His recent work in star formation includes the development of a theory for the initial mass function for forming stars and studies of extra-solar planetary systems. In cosmology, he has studied many aspects of the inflationary universe, cosmological phase transitions, magnetic monopoles, cosmic rays, anti-matter, the cosmic background radiation, galactic halos of dark matter, and the long term future of the universe.

In 1991, Freed received the Robert J. Trumpler Award from the Astronomical Society of the Pacific for his PhD dissertation. He is also the recipient of the Helen B. Warner Prize from the American Astronomical Society and the National Science Foundation Young Investigator Award. He has also been awarded both the Excellence in Education Award (in both 1995 and 1999) and the Excellence in Research Award (1996) from the University of Michigan. 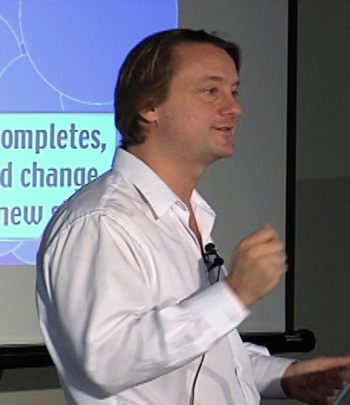 The Five Ages of the Universe

The Origins of Existence