Dan Hooper is a Senior Scientist in the Theoretical Astrophysics Group at the Fermi National Accelerator Laboratory and an Associate Professor of Astronomy and Astrophysics at the University of Chicago. His research focuses on the interface between particle physics and cosmology. Whereas particle physics explores the fundamental nature of energy and matter, cosmology is the science of the universe itself, including its composition, history and evolution. Dan’s body of work covers topics such as dark matter, dark energy, supersymmetry, neutrinos, extra dimensions and ultra-high energy cosmic rays.

Dan is the author of two books for general readers. The first, Dark Cosmos: In Search of our Universe’s Missing Mass and Energy was published by Smithsonian Books/HarperCollins in 2006 and was named a notable book of 2006 by Seed Magazine. He is also the author of Nature’s Blueprint: Supersymmetry and the Search for a Unified Theory of Matter and Force. Published in 2008, again by Smithsonian Books/HarperCollins, it was called “essential reading” by The New Scientist.

In addition to over 200 articles published in scientific journals, Dan’s writing has appeared in popular magazines such as Astronomy, Sky and Telescope, and the New Scientist. He is frequently called upon by the media to comment on science news; he has appeared on programs such as Through the Wormhole with Morgan Freeman, BBC’s Horizon, BBC World News, and Space’s Deepest Secrets, and NPR’s Science Friday. 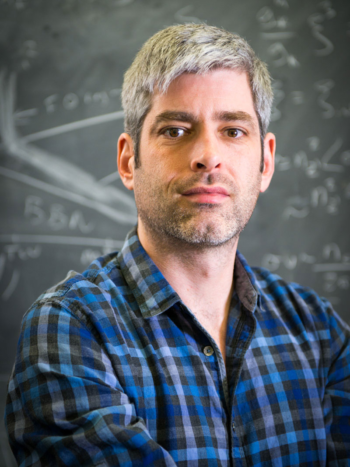 At the Edge of Time