Andrew Whitby is an economist with interests in econometrics and data science; and the economics of technology, creativity, innovation and growth. He has been a Data Scientist at the World Bank, working in the Development Data Group of the Chief Economist on all kinds of data questions He holds a PhD in economics from Balliol College, Oxford, where he specialized in econometrics, and he previously was a Research Fellow at the UK’s National Endowment for Science, Technology and the Arts (Nesta). He has written on topics concerning data, demography and the digital economy, and was co-editor of the World Bank’s Atlas of the Sustainable Development Goals 2018 (and 2017).

Andrew was co-host of “Between Two Geeks”, a podcast about development and data, launched by the World Bank in 2017 and he maintains a blog at andrewwhitby.com/blog, which receives a steady ~1500 visitors per month. 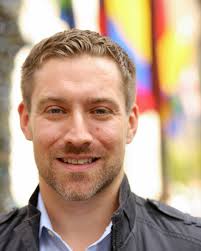 The Sum of the People