September 1755, the most famous Indian in the world—a Mohawk leader known in English as King Hendrick—died in the Battle of Lake George. He was fighting the French in defense of British claims to North America, and his death marked the end of an era in Anglo-Iroquois relations. He was not the first Mohawk of that name to attract international attention. Half a century earlier, another Hendrick worked with powerful leaders in the frontier town of Albany. He cemented his transatlantic fame when he traveled to London as one of the “four Indian kings.”

Until recently the two Hendricks were thought to be the same person. Eric Hinderaker sets the record straight, reconstructing the lives of these two men in a compelling narrative that reveals the complexities of the Anglo-Iroquois alliance, a cornerstone of Britain’s imperial vision. The two Hendricks became famous because, as Mohawks, they were members of the Iroquois confederacy and colonial leaders believed the Iroquois held the balance of power in the Northeast. As warriors, the two Hendricks aided Britain against the French; as Christians, they adopted the trappings of civility; as sachems, they stressed cooperation rather than bloody confrontation with New York and Great Britain.

Yet the alliance was never more than a mixed blessing for the two Hendricks and the Iroquois. Hinderaker offers a poignant personal story that restores the lost individuality of the two Hendricks while illuminating the tumultuous imperial struggle for North America.

Praise for The Two Hendricks

In this dazzling work, Hinderaker recovers two Mohawk chiefs who became transatlantic celebrities in a time of imperial intrigue and violence. He vividly reveals the interplay of empire building, image making, and memory shaping as natives and colonists jockeyed for an edge. Ultimately, the American victors trapped the Indians within legends, but Hinderaker has now restored their rich humanity.
—Alan Taylor, author of The Divided Ground

This beautifully written book brings to life the long-forgotten careers of two men whose lives epitomize the opportunities and dangers-and the strengths and limits-of Native American struggles in a world of contending global empires. Along the way, Hinderaker provides wonderful insights into both the nature of imperialism in the eighteenth century and the construction of historical memory down to the present day.
—Daniel K. Richter, author of Facing East from Indian Country

Hinderaker utilizes creative and in-depth research to construct a biography of two Mohawk leaders whose actions were dictated not by British interests but by those of the Mohawks and other members of the Iroquois Confederacy during an era when the Iroquois were the linchpin between New France and Great Britain…. Highly recommended as both a historical work and an outstanding example for historiographers in writing ethnohistory.
—John Burch, Library Journal, starred review

Hinderaker does readers a great service by showing how profoundly native peoples shaped North American development in the colonial era. In this extraordinary double biography, he brings the two Hendricks to life, rendering Native American historical agency tangible and vivid. Combining first-rate scholarship and graceful prose, this is a splendid book.
—Fred Anderson, author of The Crucible of War

Hinderaker’s finely tuned detective skills unravel a historical mystery, but that is only one of the many contributions of this excellent book, which uses the Mohawk story to provide stunning insights about early America. His mastery of the documentary record and eloquent narrative make this a must read for anyone interested in Native American and colonial American history.
—Peter C. Mancall, author of Fatal Journey: The Final Expedition of Henry Hudson

Hinderaker does marvelous detective work unwinding the two Hendricks from each other and weaving their stories back together again, but he goes beyond merely setting the record straight. He provides a deeply researched and sympathetic history of the Mohawks when they loomed large in American history. This book promises to stand as an enduring work of scholarship.
—Timothy J. Shannon, author of Iroquois Diplomacy on the Early American Frontier 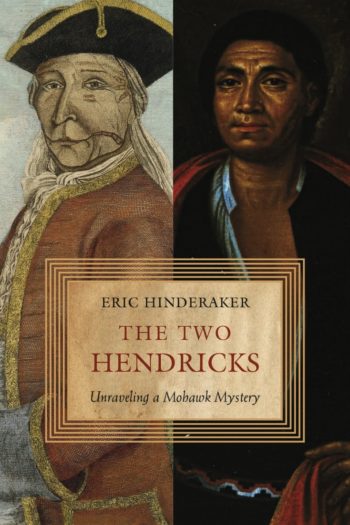