As critics of McCarthyism derided the period’s anti-Communist campaign as a “witch hunt,” the 1950s Broadway drama The Crucible underscored the link between contemporary political investigations and the 1692 Salem witch trials. The Specter of Salem reveals that this twentieth-century cultural moment, often cited as marking the emergence of such associations, actually followed a long and colorful history of appeals to American memories of the witch trials.

From the American Revolution through the nineteenth century, Gretchen Adams demonstrates, this collective memory loomed large in public life. Schoolbooks in the 1790s, for example, evoked the episode to demonstrate the new nation’s progress from a disorderly and brutal past to a rational present. Later, in the 1830s, critics of new religious movements cast them as a return to Salem-era fanaticism. And during the Civil War, Southern writers and politicians concocted images of witches burning in seventeenth-century Salem to critique what they saw as the North’s savage extremism. Shedding new light on the many episodes in which Americans have invoked Salem to represent real or imagined threats to a progressive and rational society, Adams ultimately illuminates the function of collective memories in the life of a nation.

Praise for The Specter of Salem

An important major work within the scholarly literature on the witch-hunt, linking the hysteria of that period to the evolving history of the American nation.
—Choice

An imaginative and thoughtful examination of the process by means of which memory is made and remade. . . . Thought-provoking, informative, and convincingly presented, The Specter of Salem is an often spellbinding mix of politics, cultural history, and public historiography.
—James M. Lindgren New England Quarterly 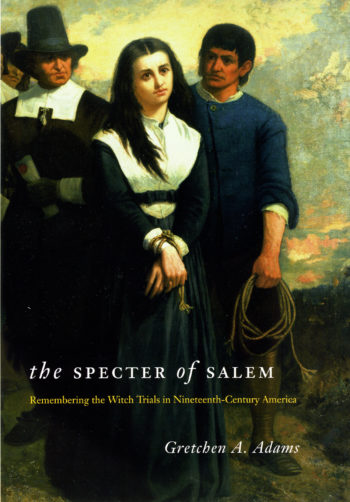