Why the Rich Get Richer, Cheaters Get Caught, and Your Neighbor Usually Looks Like You

The idiosyncrasies of human decision-making have confounded economists and social theorists for years. If each person makes choices for personal (and often irrational) reasons, how can people’s choices be predicted by a single theory? How can any economic, social, or political theory be valid? The truth is, none of them really are.

Mark Buchanan makes the fascinating argument that the science of physics is beginning to provide a new picture of the human or “social atom,” and help us understand the surprising, and often predictable, patterns that emerge when they get together. Look at patterns, not people, Buchanan argues, and rules emerge that can explain how movements form, how interest groups operate, and even why ethnic hatred persists. Using similar observations, social physicists can predict whether neighborhoods will integrate, whether stock markets will crash, and whether crime waves will continue or abate.

Brimming with mind games and provocative experiments, The Social Atom is an incisive, accessible, and comprehensive argument for a whole new way to look at human social behavior.

Praise for The Social Atom

Challenges us to reappraise everything we think we know about why we do the things we do.
—Booklist

A beguiling behavorial study…he’s on to something big.
―Bloomberg News

Likely the Blink or Freakonomics of 2007, theoretical physicist Buchanan’s new book explains how we replicate the behavior of people we admire, and stick close to people with shared fundamental bonds such as ethnic heritage.
―Time Out Chicago

Everything we think about why we do what we do is wrong because we can’t help but think and act like individuals, understanding the world around us with anecdote and simple stories. But as Mark Buchanan brilliantly demonstrates with examples from the world all around us, there’s a bigger force at work that explains the world far better. Surprisingly, that force looks a lot like the semi-random statistical model that explained the mysteries of quantum physics a century ago. This is a fascinating glimpse into a new way of understanding human behavior.
―Chris Anderson, author of The Long Tail: Why The Future of Business Is Selling Less of More 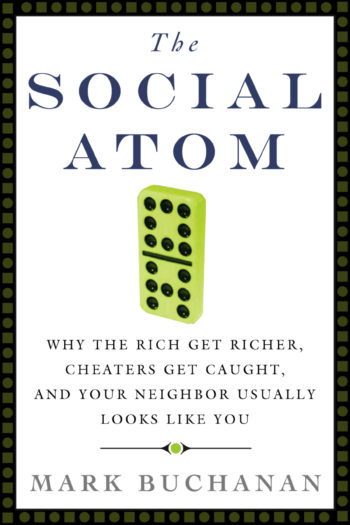