Regional Advantage in a Global Economy

Like the Greeks who sailed with Jason in search of the Golden Fleece, the new Argonauts—foreign-born, technically skilled entrepreneurs who travel back and forth between Silicon Valley and their home countries—seek their fortune in distant lands by launching companies far from established centers of skill and technology. Their story illuminates profound transformations in the global economy.

The New Argonauts extends Saxenian’s pioneering research into the dynamics of competition in Silicon Valley. The book brings a fresh perspective to the way that technology entrepreneurs build regional advantage in order to compete in global markets. For Americans accustomed to unchallenged economic domination, the fast-growing capabilities of China and India may seem threatening. But as Saxenian convincingly displays in this pathbreaking book, the Argonauts have made America richer, not poorer.

Praise for The New Argonauts

…Essential reading for all who want to understand how the global technology economy operates in the 21st century.
— Jeffrey D. Sachs, Director, Earth Institute at Columbia University

This book will change the world’s perception of the global digital divide. Without denying existing patterns of inequality, it demonstrates the shift from “brain drain” to “brain circulation” in the new international division of labor based on technological innovation.
—Manuel Castells Olivan, Open University of Catalonia 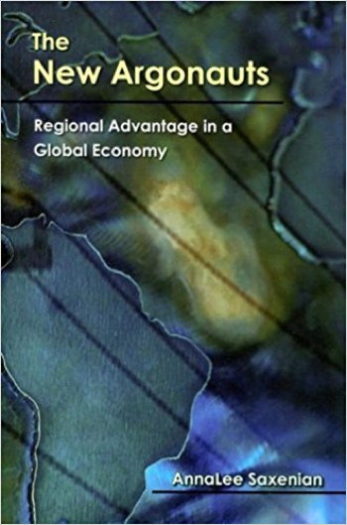