The Making of An American Sea

The Gulf of Mexico may not officially be an ocean, but in The Gulf: The Making of an American Sea, historian Jack Davis makes the compelling case for it being very much its own sea, one that is very different from the Atlantic. And as the most American sea – with its shores shared only with Mexico and Cuba – it deserves its own history.

Ranging the distance from geological formation to the present, this biography of the Gulf brings together history, geography, science, and the arts. And it necessarily moves nature into the center of the narrative, since so much of what matters in the Gulf lies at the intersection between human activity and nature’s endeavors. Water, wind, sunshine, fish, even the lowly sponge shaped the course of history here.

The Gulf of Mexico was the country’s first frontier and today, twenty million people live along its U.S. shores. In the course of making the Gulf their own, Americans have dramatically changed nature, and today’s Gulf is arguably the country’s most industrialized sea.

The Deepwater Horizon disaster, the worst oil spill in U.S. history, is just one example of how the Gulf has suffered the consequences of society’s dysfunctional relationship with nature. But as Jack Davis argues in this passionate argument for the importance of place, the Gulf is still here, and if we begin to appreciate the historical ties between humanity and nature, we can value them in the present and sustain them for the future.

Praise for The Gulf

A wide-ranging, well-told story, by turns informative, lyrical, inspiring and chilling for anyone who cares about the future of “America’s Sea.”
— Gerard Helferich, Wall Street Journal

A sensitive and sturdy work of environmental history. . . . [Davis] has a well-stocked mind, and frequently views the history of the Gulf through the prism of artists and writers including Winslow Homer, Wallace Stevens, Ernest Hemingway and John D. MacDonald. His prose is supple and clear. . . . A cri de coeur about the Gulf’s environmental ruin.
—Dwight Garner, New York Times

In the tradition of Jared Diamond’s best-seller Collapse and Simon Winchester’s Atlantic comes Jack E. Davis’ nonfiction epic, The Gulf: The Making of an American Sea, which strives both to celebrate and defend its subject―the Gulf of Mexico. . . The Gulf is a fine work of information and insight, destined to be admired and cited.
—William J. Cobb, Dallas Morning News

Splendid . . . . Davis is a graceful, clear, often lyrical writer who makes sometimes surprising, always illuminating connections―it’s not a stretch to compare him to John McPhee. And he is telling an important story, especially for those of us who live around what he calls the American Sea. What happens to it happens to us, and the more we know, the better equipped we’ll be to deal with a future on its shores.
—Colette Bancroft, Tampa Bay Times

An incisive, comprehensive and entertaining portrait of the world’s most diverse and productive marine ecosystems . . . Amid all of the pollution and exploitation, this could easily have been a grim history of ‘Paradise Lost.’ But in Davis’ skilled hands it as much love story as tragedy.
—Ron Cunningham, Gainesville Sun

Jack Davis has delivered a unique and illuminating history of the American Southern coast and sea as it should be written: how humanity and the environment evolved over ten millennia as a single system.
—Edward O. Wilson, author of The Social Conquest of Earth 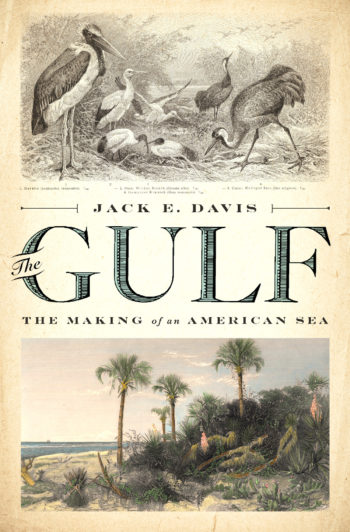