A Mad Inventor, Death in the Tropics, and the Utopian Origins of Economic Growth

Endless economic growth rests on a belief in the limitless abundance of the natural world. But when did people begin to believe that societies should—even that they must—expand in wealth indefinitely? In The Great Delusion, the historian and storyteller Steven Stoll weaves past and present together through the life of a strange and brooding nineteenth-century German engineer and technological utopian named John Adolphus Etzler, who pursued universal wealth from the inexhaustible forces of nature: wind, water, and sunlight.

The Great Delusion neatly demonstrates that Etzler’s fantasy has become our reality and that we continue to live by some of the same economic assumptions that he embraced. Like Etzler, we assume that the transfer of matter from environments into the economy is not bounded by any condition of those environments and that energy for powering our cars and iPods will always exist. Like Etzler, we think of growth as progress, a turn in the meaning of that word that dates to the moment when a soaring productive capacity fused with older ideas about human destiny. The result is economic growth as we know it, not as measured by the gross domestic product but as the expectation that our society depends on continued physical expansion in order to survive. 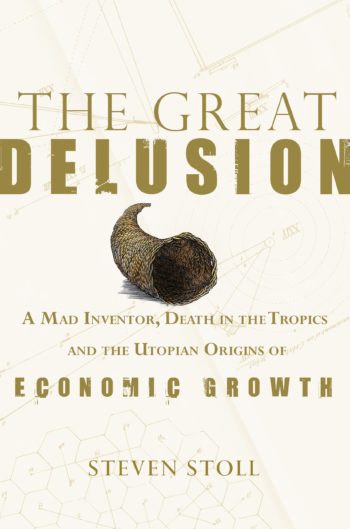