Radical Conservation for a Crowded World

Imagine the North American continent that Lewis and Clark encountered on their epic journey to the Pacific. Now picture the continent today crossed by interstate highways slicing through vast mono-cultural fields as they connect vertical urban centers and sprawling suburbs. In contrasting these two pictures, conservation biologist Jonathan Adams opens a wide-ranging discussion of the possibilities for preserving wilderness in the 21st century.

The Future of the Wild not only reminds us of what has been lost but also proposes effective strategies for successful future conservation efforts. How can we use the insights of modern scientific research to shape conservation plans? How can farmers and loggers, highway departments and conservationists work together to shape a common agenda that both preserves the diversity of wilderness and sustains the people living on the earth today?  The Future of the Wild is a much needed, accessible book full of fascinating stories, unforgettable characters, and, ultimately, a powerful new vision for conservation in America.

Praise for The Future of the Wild

Fertile with fresh thinking, this book is an uncommonly eloquent call for urgent but thoughtful action.
— Publishers Weekly 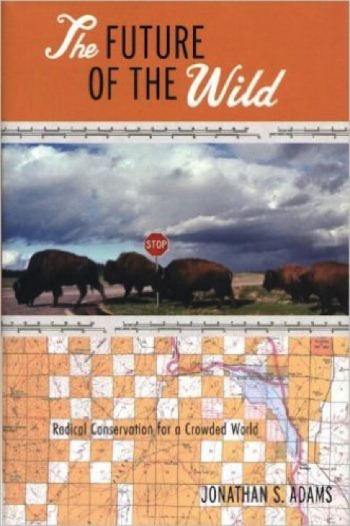