American Child Rearing and the Forging of Liberal Society

At the center of the contemporary culture wars is what has been called “The War over the Family,” a pervasive anxiety about the fate of the young in our society. Addressing the looming fears about the American young, The Crucible of Consent places the current culture wars into cultural and historical perspective. Behind concern for the fate of children in America, if we attend to its metaphorical significance, lie the deepest questions about the future of the republic itself.

The Crucible of Consent reconstructs the deeper historical dynamic that has shaped our time. By locating the contemporary crisis within a larger process, it becomes possible to imagine forms of social order less rent by generational conflict and more adaptive to the growing powers and latent capacities of youth.

Praise for The Crucible of Consent

No one understands the struggle with authority at the heart of American liberalism better than James Block, and no one conveys more vividly its vitality and inner tension. Following up his arresting depiction of America as A Nation of Agents, Block now considers the cultivation of liberal citizens, of men and women who would internalize cultural expectations and obligations without losing their innate spontaneity, creativity, and love of freedom. Recovering a preoccupation with this problem in the nineteenth-century literature on child rearing, The Crucible of Consent reminds of the best in our national character and of the complications that have come to impede its latter-day expression.
— Stephen Skowronek, Yale University 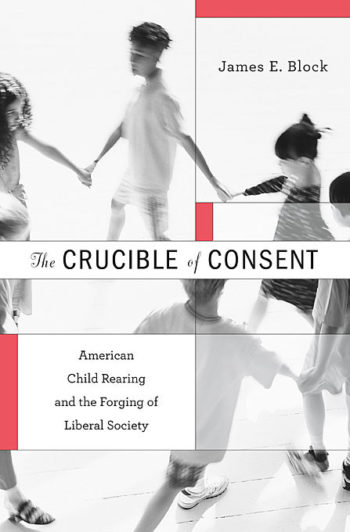