After World War II the United States faced two preeminent challenges: how to administer its responsibilities abroad as the world’s strongest power, and how to manage the rising movement at home for racial justice and civil rights. The effort to contain the growing influence of the Soviet Union resulted in the Cold War, a conflict that emphasized the American commitment to freedom. The absence of that freedom for nonwhite American citizens confronted the nation’s leaders with an embarrassing contradiction.

The Cold War and the Color Line is the first comprehensive examination of how the Cold War intersected with the final destruction of global white supremacy. Thomas Borstelmann pays close attention to the two Souths—Southern Africa and the American South—as the primary sites of white authority’s last stand. He reveals America’s efforts to contain the racial polarization that threatened to unravel the anticommunist western alliance. In so doing, he recasts the history of American race relations in its true international context, one that is meaningful and relevant for our own era of globalization.

Praise for The Cold War and the Color Line

[Borstelmann traces] the constellation of racial challenges each administration faced (focusing particularly on African affairs abroad and African American civil rights at home), rather than highlighting the crises that made headlines… By avoiding the crutch of ‘turning points’ for storytelling convenience, he makes a convincing case that no single event can be untied from a constantly thickening web of connections among civil rights, American foreign policy, and world affairs.
—Jesse Berrett, The Village Voice

…shifts the lens through which we view both the Cold War and the civil rights movement, revealing something new and provocative: the extent to which ‘domestic and foreign policies regarding people of color developed as two sides of the same coin’ and ‘how those racial lenses helped shape U.S. relations with the outside world in the era of American dominance in the international sphere.’ No history could be more timely or more cogent.
— Publishers Weekly 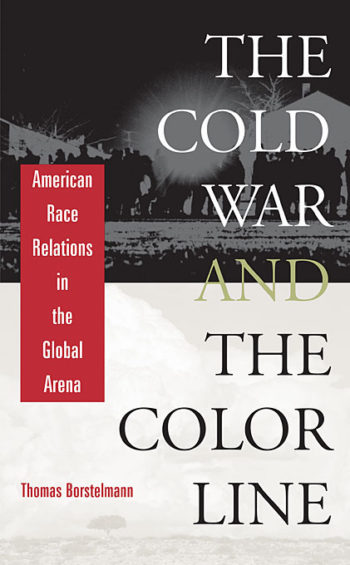