The Improbable Journey of America’s Bird

Lording over the nation’s literal and figurative horizons is the bald eagle. No animal in US history has to the same extremes been the simultaneous object of reverence and cruelty. After gaining flagship status, the bald eagle moved to the center of American culture as a symbol, namesake, and commercial logo. Yet, simultaneously, the citizens dwelling within its allegorical realm were shooting and poisoning the living species, and treading on its habitat. The consequence was disaster, another potential blemish on the American fable. Americans had already turned the Carolina parakeet and passenger pigeon into ghosts of nature when they pushed their national bird to the edge of extinction in the 1960s. Before it was too late, awakened by the sweeping environmental crisis of their making, they nurtured its population back to healthy numbers, and learned to live peaceably with it and other once-assaulted wildlife.

The Bald Eagle: The Improbable Journey of America’s Bird is a biography of both the species and national bird, from pre-European settlement to the present. Jack Davis, the Pulitzer Prize winning author of The Gulf, looks at the two as one to reveal that the bald eagle’s place in the American pantheon runs deeper than mere national symbol and opens out to more than conflict and reconciliation. At the dawn of the nation, the bald eagle was only one part of the rarified environment of North America that served as the wellspring of an original national culture. Within a century, as the country pushed into the modern age of manufacturing and consumption, when killing the national bird was met with impunity, nature as resource eclipsed nature as cultural identity. America’s organic attachment to nature would soon be forgotten.

The 1960s, when the bald eagle was teetering on the edge, marked a despairing time — of poisoned water and air and hyper materialism — and America seemed to have lost something of its inherent spirit and ardor, indeed, its soul. If we think of nature as a restorative place — a provenance, as the founders and great thinkers from Jefferson to Emerson saw it, then we can argue that Americans needed to return to that place to regain something of themselves. In the late twentieth century, they began reassessing their destructive ways. With its restoration, the bald eagle helped lead them back to an original American idea. By thriving alongside humans, in ways it never had before, it provides an example of how the country might successfully navigate the changing and challenging ecological world of today and tomorrow.

The Bald Eagle is at heart about connections, humans to the eagle specifically, and to nature generally, and how those connections historically have been variously tenuous and strong. It’s as much about values too, the seemingly opposing ones of patriotism and environmentalism. The eagle’s rollercoaster ride with the American people is a dramatic story, but it becomes an even more current and compelling one when its intrinsic paradox is revealed in the account of how Americans waged battle against their vaunted symbol of greatness. In Bird of Paradox, that paradox speaks to a larger historical context and the central message of this book: in nature, Americans found a national identity and plotted their country’s future.

Praise for The Bald Eagle 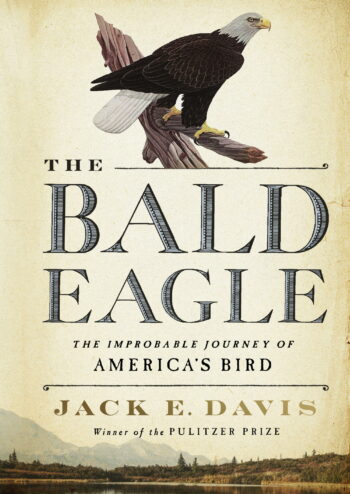