America's Romance with Wildlife on Film

From the early exploits of Teddy Roosevelt in Africa to blockbuster films such as March of the Penguins, Gregg Mitman’s Reel Nature reveals how changing values, scientific developments, and new technologies have come to shape American encounters with wildlife on and off the big screen. Whether crafted to elicit thrills or to educate audiences about the real-life drama of threatened wildlife, nature films then and now have had an enormous impact on how Americans see, think about, consume, and struggle to protect animals across the globe.

How the wildlife documentary got from Roosevelt to Disneyworld is a story of charlatans, hucksters, crooks, imaginative cameramen, brilliant zoology and shameless appeal to the sex and violence of life as cinema audiences have grown to expect it to be. Mitman […] tells the American version of this lurid celluloid safari.
– Tim Radford, The Guardian 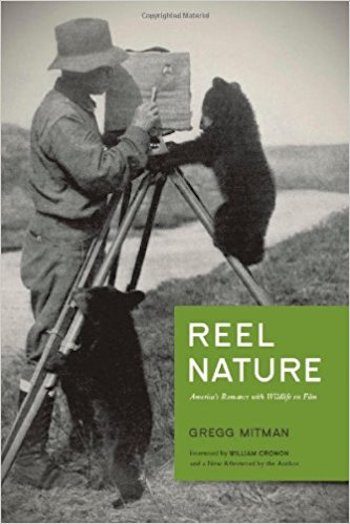