Spices and the Medieval Imagination

Ginger, Sandalwood, Cinnamon, Nutmeg, Ambergris, Galangal, Spikenard, and Zedoary. Spices—some familiar today, others much more exotic—are well known to have been in enormous demand in medieval times. Their widespread appeal fueled an active trade; they were carried from Asia and India to the marketplaces of Europe where they were sold at exorbitant prices.

While this supply side of the medieval spice trade is well documented, what is little appreciated is what sparked and sustained the enthusiasm for spices. No consumer product has had a greater impact on the course of world history. What was it about these aromatic products that created the first globalized commodity and inspired expeditions to explore, and colonize, distant lands? In Out of the East, Paul Freedman explores the “back story” of the spice trade and in so doing sheds new light on what was the first consumer fad—albeit a very long lived one.

Praise for Out of the East

[An] absorbing new history, in which [Freedman] uses food to get and keep our attention.
—Corby Kummer, Yale Alumni Magazine

Written in an approachable style with intriguing images and inset quotes from primary sources, this scholarly work will also appeal to general readers. . . . Recommended.
—Choice

A magnificent, very well written, and often entertaining book that is also a major contribution to European economic and social history, and indeed one with a truly global perspective.
—John H. Munro, American Historical Review 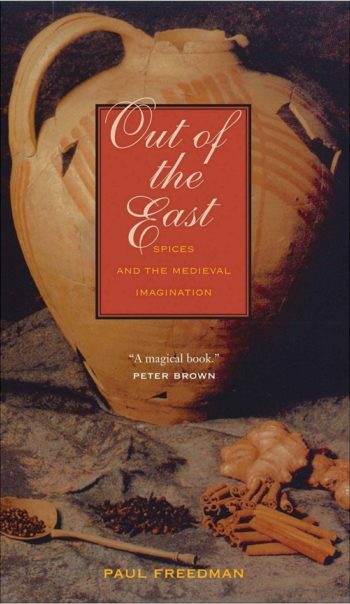