Shaun Ossei-Owusu is a Presidential Assistant Professor of Law at the University of Pennsylvania, and a scholar of the history of the legal profession. He was previously the Kellis E. Parker Teaching Fellow at Columbia Law School.

Shaun received his JD and PhD in African American Studies from the University of California, Berkeley and practiced in the Appeals Unit at the Legal Aid Society of the District of Columbia and the international law firm Sidley Austin LLP. In addition to spending three years as a fellow at the American Bar Foundation, the leading legal think tank in socio-legal research, his work has been published in a host of scholarly journals as well as general outlets such as The American Prospect, Salon, Jacobin, Huffington Post, and Medium.

The National Science Foundation, the Law and Society Association, the American Bar Foundation, and the National Endowment for the Humanities have all funded Shaun’s research. He has also received early-career awards from the William Nelson Cromwell Foundation, the New York-Historical Society and American Society for Legal History for the research for his upcoming book, The People’s Champ. 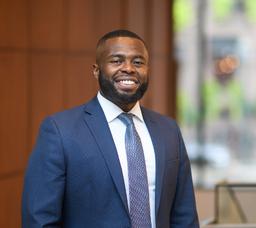