A leading scholar of American cultural history, Lauren Sklaroff is Associate Professor of History at the University of South Carolina. Her areas of research include all elements of popular culture, and the history of race and ethnicity in the U.S.. She taught previously at George Mason University, held a fellowship at the Smithsonian Institution, and was an assistant curator for the National Underground Railroad Freedom Center.

Her first book, Black Culture and the New Deal: The Quest for Civil Rights in the Roosevelt Era, explained the government’s extensive use of racially-oriented cultural programs during the Depression and World War Two. In its review of the book, H-Net called the book, “A valuable addition to the growing history of the ‘long’ civil rights movement.” Reviews in American History stated, “Black Culture and The New Deal is a nuanced and highly effective exploration of the discourses about race and inequality in the theater, radio, print culture, and motion pictures of the era.” In 2002, she won the Organization of American Historian’s esteemed Louis Pelzer Memorial Award for her essay on the boxer, Joe Louis. 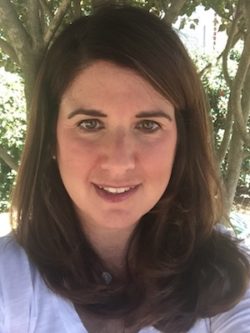