Judith Donath is a Faculty Fellow at Harvard’s Berkman Center for Internet and Society and the former director of the Sociable Media Group at MIT’s Media Lab. She has created many pioneering online social applications and her work, and the work of the Sociable Media Group, has been shown in museums and galleries worldwide. She received her doctoral and master’s degrees in Media Arts and Sciences from MIT and her bachelor’s degree in history from Yale University.

Judith is the author of The Social Machine: Designs for Living Online, published by MIT Press in 2014. In her review in Science, Jennifer Golbeck wrote, “For anyone with interest in this field, either as a technology designer or just as someone who loves beautiful technology, this is destined to become the definitive text. It is eloquent, well organized, and thorough.” Judith has given dozens of talks internationally on the economics of honesty and its relationship to fashion, deception and technology. 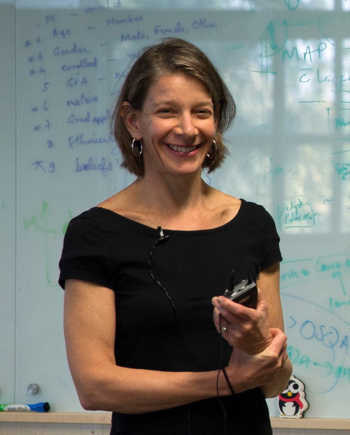