Doc Searls is a writer, speaker and consultant on topics that arise where technology and business meet. In 1978, he was a co-founder of Hodskins Simone and Searls, which became one of Silicon Valley’s leading advertising and public relations agencies.  He has been a fellow with the Center for Information Technology and Society (CITS) at the University of California, Santa Barbara, since 2006. In October 2012 Doc was appointed as a visiting scholar in the Arthur J. Carter Journalism Institute at New York University.

As an observer of free software, open source and related development methods he has contributed to a number of books. Doc’s byline has also appeared in The Wall Street Journal, OMNI, Wired, PC Magazine, The Standard, The Sun, Upside, Release 1.0, The Globe & Mail and many other publications. Doc tweets as @dsearls and keynoted, served as a panelist or been interviewed at countless events and trade shows. Doc’s consulting practice, The Searls Group, has worked with Hitachi, Sun, Apple, Nortel, Borland, BT, Symbian Foundation, Motorola, Acxiom and other leading companies, in addition to many start-ups.

In 1999 Doc and three collaborators put up an iconoclastic website called The Cluetrain Manifesto, which Tom Petzinger of The Wall Street Journal called “the future of business.” They went on to write the bestseller of the same name.  A 10th Anniversary of The Cluetrain Manifesto was published in 2009. According to Google Books, Cluetrain is cited by more than five thousand other books.

His most recent book, The Intention Economy: When Customers Take Charge, was published by Harvard Business Review Press. 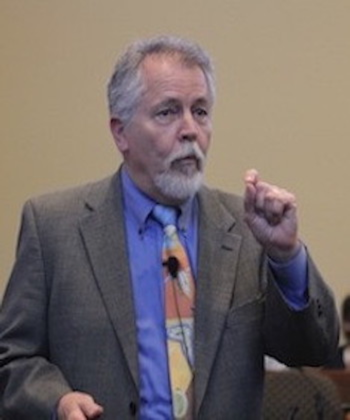